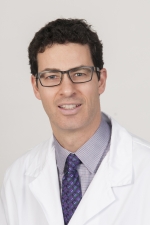 Furthermore, he actively participates in training residents and fellows in clinical and interventional cardiology and contributes to continuing medical education nationally and internationally as a guest speaker. Dr. L'Allier is also involved as the exam board vice-chair for specialty certification in adult cardiology for the Royal College of Physicians and Surgeons of Canada.

His research interests are mainly in the area of the progression/regression of atherosclerosis and plaque imaging, the treatment of acute coronary syndromes, hypertrophic cardiomyopathy, and percutaneous renal denervation. He acts as Canadian national coordinator for a number of large-scale international clinical studies and takes part in many other clinical studies as a member of their respective executive committees. Dr. L'Allier has published over 50 scientific articles and presented a number of abstracts at international conferences.