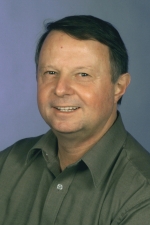 After earning his medical degree in 1969 from Université de Montréal, Dr. Taillefer received specialty certification in anesthesiology in 1974. He has been a Fellow of the Royal College of Physicians and Surgeons of Canada since 1975. After working for three years as an anesthesiologist at Hôpital Maisonneuve-Rosemont, he joined the anesthesiology team at the Montreal Heart Institute (MHI), where he has been practising since 1978.

A clinical associate professor in anesthesiology at Université de Montréal since 1981, he has helped train many residents in his specialty and has taken part in many of the department's research projects.

Involved in the administration of the MHI and professional associations, he was Chief of the MHI's Department of Anesthesiology from 1995 to 2004. He was President of the Association des anesthésiologistes du Québec from 1984 to 1988 and President of the Canadian Anesthesiologists' Society from 1985 to 1986. He was also particularly active in the design and creation of the new surgical wing at the MHI, which is now functional and represents a source of great pride for the institution.