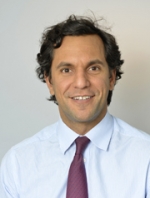 Dr. El-Hamamsy has been an assistant professor in the Department of Cardiac Surgery at the Montreal Heart Institute (MHI) since 2010. After obtaining degrees from Université de Montréal in 2000 (MD) and 2006 (Cardiac Surgery, FRCSC), Dr. El-Hamamsy continued his training in London, England under the mentorship of Sir Magdi Yacoub in the field of complex aortic surgery (2006 to 2010). During this time, Dr. El-Hamamsy developed cutting-edge expertise in repair procedures for aortic valves (tricuspid and bicuspid), valve-sparing aortic root replacement (Yacoub and David procedures) and the Ross procedure. His current practice mainly focuses on the development of these surgical techniques and the care of patients with aortic disease or aortic valve disease.

Dr. El-Hamamsy is also active in research. In addition to a master's degree in biomedical sciences (2005), he received his doctorate at Imperial College London, under the supervision of Sir Magdi Yacoub (2010), on the cellular and molecular mechanisms of aortic valve pathologies and the ascending aorta.

Dr. El-Hamamsy has published over 50 articles in scientific journals and given over 70 oral presentations at national and international conferences. He acts as a guest professor at many international forums in addition to demonstrating surgical techniques for these occasions. He has received a number of awards and distinctions, including honours from the American Association for Thoracic Surgery, the American Heart Association and the Canadian Cardiovascular Society. Dr. El-Hamamsy dedicates much of his time to humanitarian activities and joins a number of annual missions to various countries, such as Egypt, Ethiopia and Mozambique.